Well,  Last night the 1st of eight meetings got under way. Those who were expecting a forum that provided an opportunity to vent their opinion, were sorrily mistaken. The meeting was setup to put random groups of people in small groups to discuss 7 main questions. The government also had a electronic polling system, which participants where asked to vote on various issues.

While the outline was unique, the questions posed were very broad and open to interpretation. Many questions were leading. But, there was some chance for personal opinion. As I, and many others, feel there was many items that should have been addressed that was not.

Each person was given a booklet that contained the questions being posed and some brief information. I have posted photos below.

Some very telling items from the booklet are:

1) Moose are declining (if current trends hold, moose will be dramatically reduces by 2016).

8) Big Game hunting accounts for over $87 Million annually.
One quote last night really blew my mind. One of the wildlife speakers stated that "we do not know if a population is increasing or declining until it is too late." It seems to me that not enough money is heading to the Department to do up-to-date surveys of moose populations.
Over all though, the experience there was very encouraging and worth going to. If you have the chance please go! Get your opinion out there, 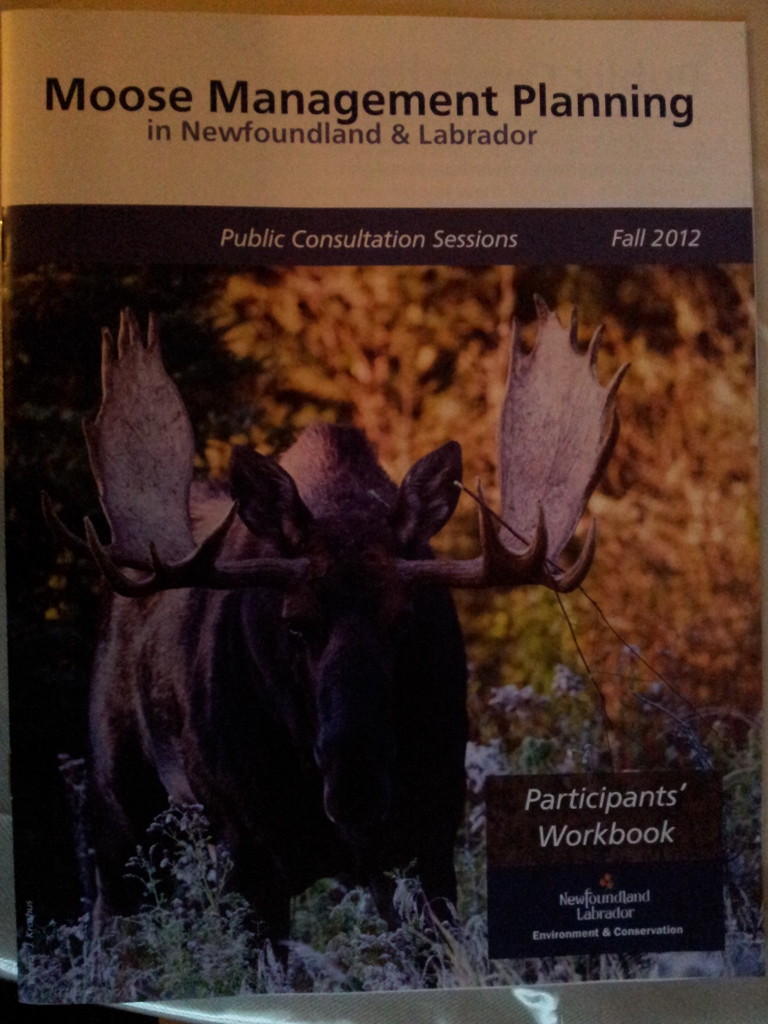 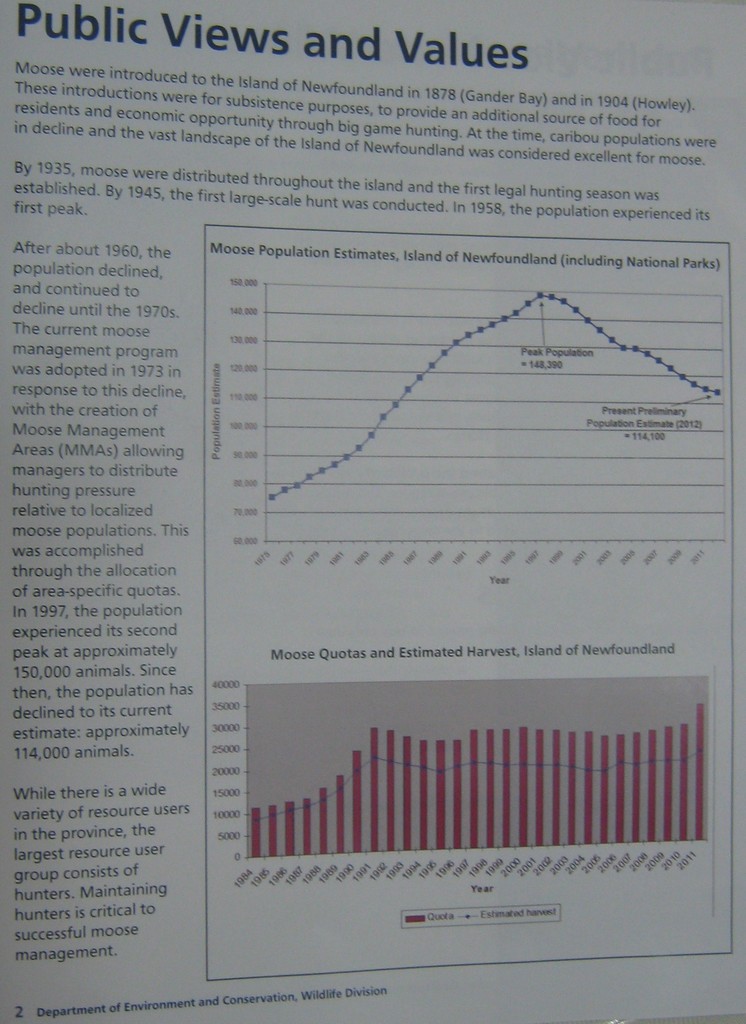 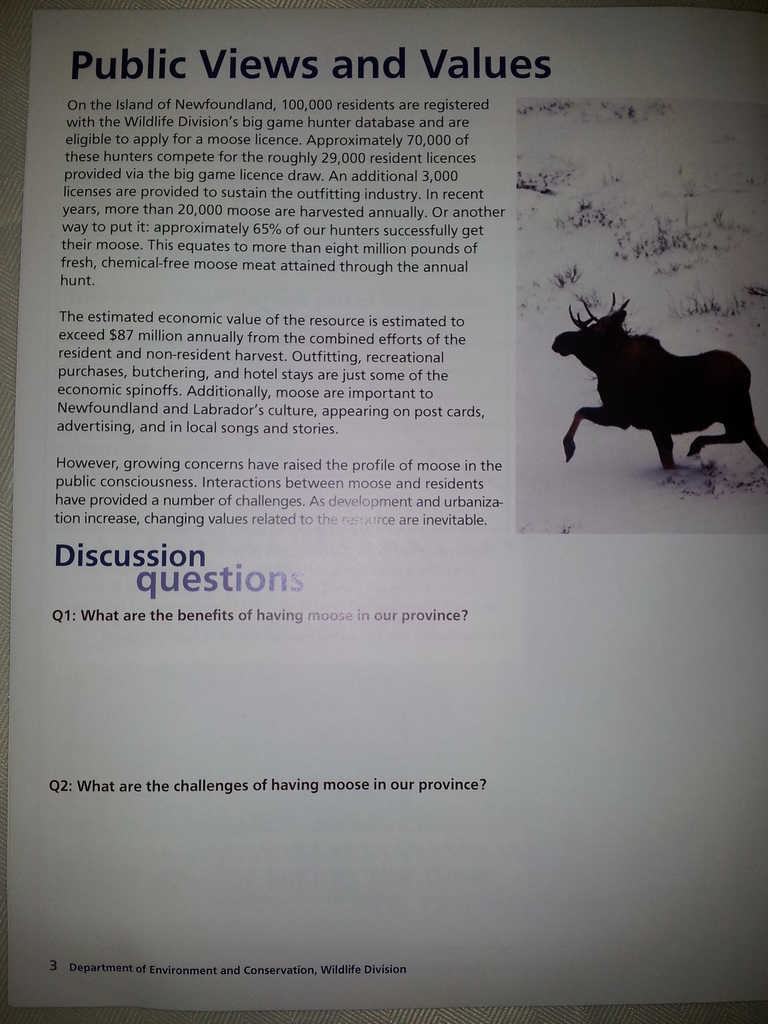 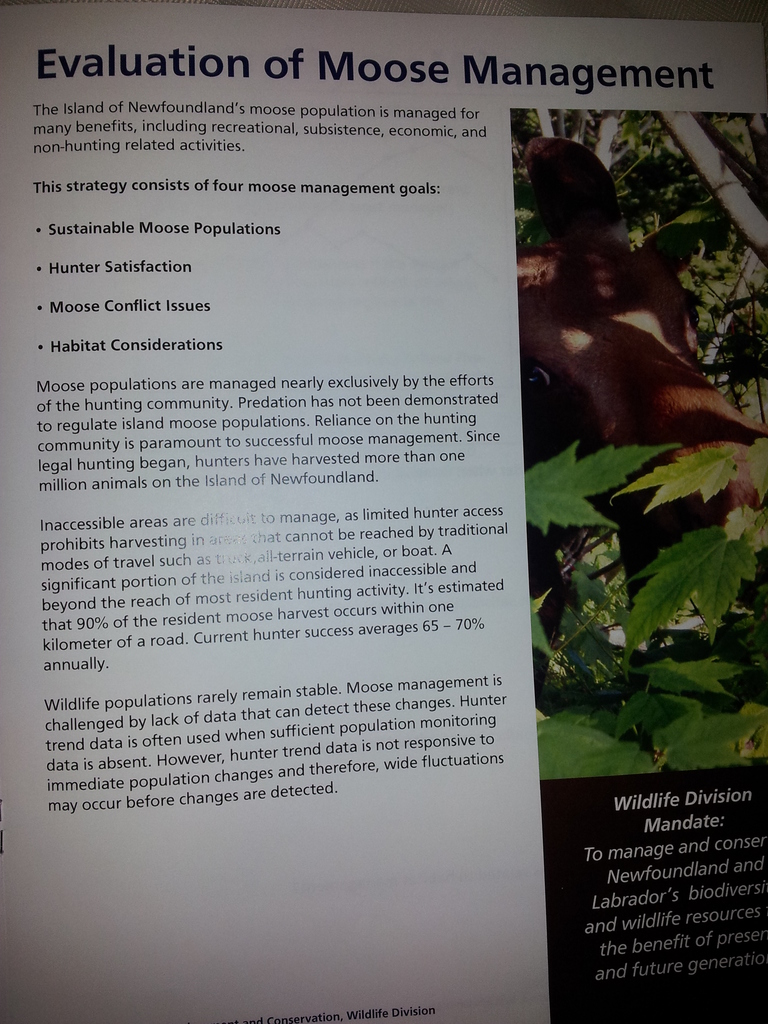 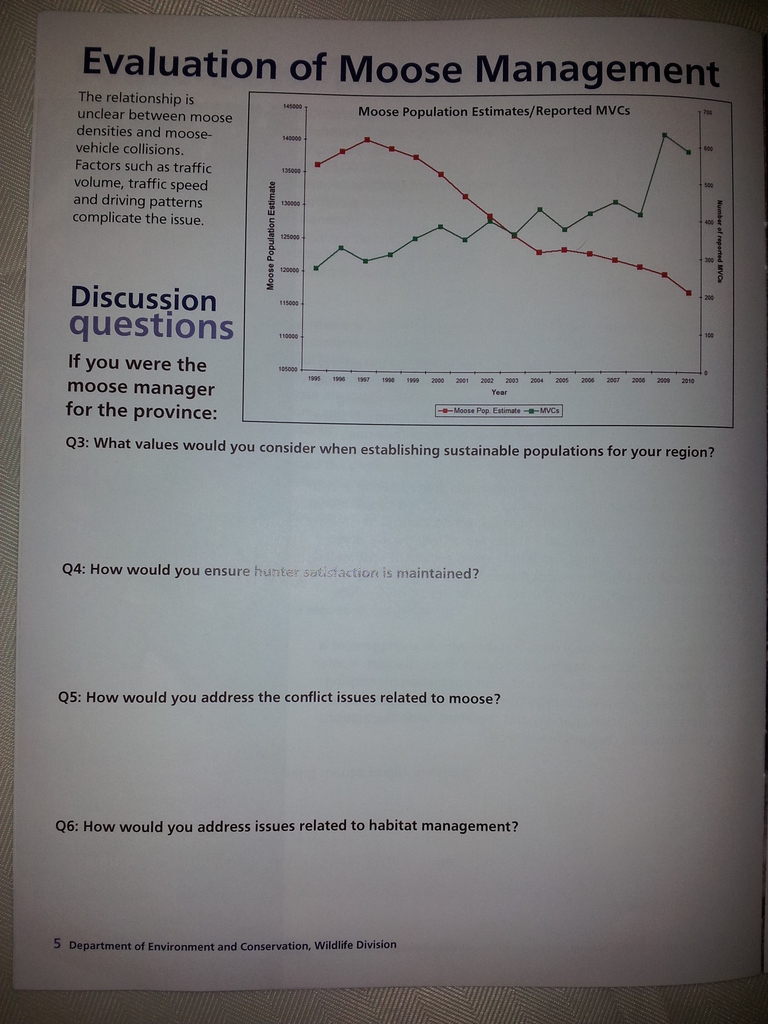 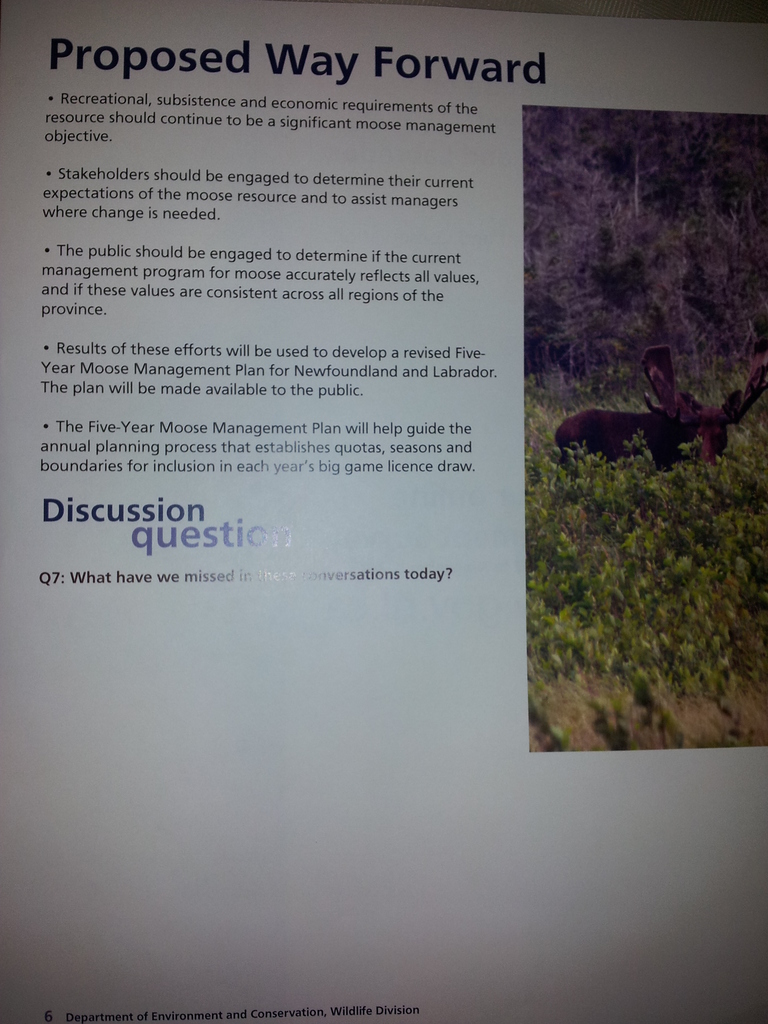 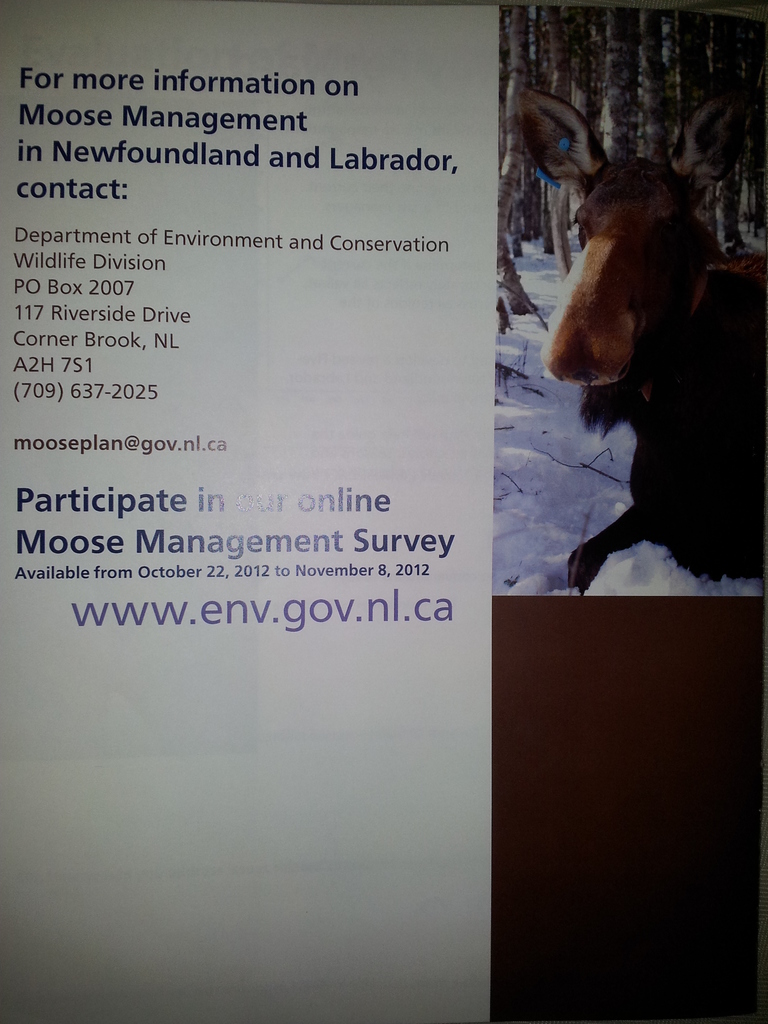 Great info, thanks for posting as I didn't get a chance to attend. Any chance of getting a better picture of page 3 with the population graphs?

Will try and get one up. sorry about that.

Thanks for reposting. I just thought the population was the most interesting thing.

I agree, by that graph, moose populations will continue to decline over the next 5 years. It is a scary thought!

Are you the Ed Smith that calls into Open Line frequently?  If so I must applaud your efforts and tell you that I 100% support your view.  I have a background in risk analysis and like all risk assessments the first thing you do is eliminate the risky behaviour and small but regular occurrences of bad behaviour that lead to an accident.

I would love to have a chat with you about this some time.  Perhaps send me an email at jktylr@gmail.com and we can set up a phone call?

Yes, I am the Ed Smith you hear on the Open Line Shows. I thank you sincerely for your kind words. I am just trying to be the voice of reason, as best as I can. Cheers, Ed